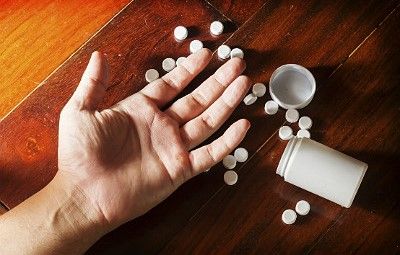 It’s a well-worn Liberal talking point and it’s technically correct, of course. There is no simple, magical solution to the complex, multi-faceted opioids crisis.

But by taking decriminalization off the table, the federal government is tying one hand behind its back, making the implementation of other solutions unnecessarily complicated.

Most people who use drugs don’t have a drug problem. Rather, they have a fear of prosecution problem.

When possession of drugs is a crime, it creates giant barriers to harm reduction and treatment. First and foremost, it means drugs will be supplied by criminals, and the supply will be unregulated, potentially unsafe and over-priced. This, in turn, means more overdoses, more deaths and more hospitalizations.

It also means more crime because those who are addicted and constantly chasing a high will take whatever means they have to get their drugs – including stealing and sex work – and risk yet more criminal sanctions.

Those problems won’t disappear with decriminalization, but measures such as drug-checking are facilitated and, if safety of supply becomes a priority, governments can opt to legalize and regulate, as they are doing with cannabis.

Time and time again at the Opioid Symposium, the example of Portugal was cited as one for Canada to follow. Again, Ms. Petitpas Taylor cast that idea aside, saying “Portugal and Canada are two very different countries.”

It is indeed imprudent to try to import policies from other jurisdictions without regard for cultural and political differences. But what we should seek to understand is how Portugal managed to dramatically reduce its overdose problem. A country of 10 million, in the early 2000s it was recording 360 fatal overdoses annually; now, that number is down to 26.

With more than 4,000 overdose deaths a year and a population of 36 million, Canada’s challenge is orders of magnitude greater. Unlike Portugal, which had a heroin problem, Canada is dealing with street drugs tainted with fentanyl as well as over-prescription of opioids.

In many ways, it’s apples and oranges.

Still, there is no doubt decriminalization – which took effect in 2001 – has been the cornerstone of Portugal’s success. It allows anyone to possess small quantities of drugs – from cannabis to heroin – for personal use.

But that doesn’t mean it’s a free-for-all, or a stand-alone policy.

Even if users possess a legal amount of drugs, they can be brought before the Commission of Dissuasion of Drug Addiction, which can impose fines and steer people to treatment, voluntarily or otherwise. In fact, the most important lesson we can take from Portugal is that treatment-on-demand is essential. They used the money they saved from reduced policing and court costs and put it into treatment.

In Canada, wait-times for addiction treatment can be interminable and public coverage is scant, meaning people with substance-use disorder (be it alcohol or opioids) often have to turn to costly private facilities.

In Portugal, decriminalization was not a panacea, but it removed a huge barrier to seeking treatment. The experience there has also been humbling. They recently opened three supervised consumption sites, recognizing that treatment is ineffective for some users, so it is best to minimize their health risks.

Canada is a world leader in harm reduction. The Liberals, to their credit, have expanded the number of licensed supervised injection facilities to 25 from one. They have expanded access to prescription heroin (albeit modestly) and to opioids substitutes such as methadone and buprenorphine, and have made the overdose-reversal drug naloxone widely available. There is also a lot more open discussion of providing a safe supply of drugs to users.

What they fear – and don’t like to say out loud – is the optics.

A considerable proportion of the population believes that drug use is destructive, immoral and warrants harsh criminal punishment, not mollycoddling policies that enable users. As much as it enrages activists and public health officials, a political party that wants to get elected – or re-elected – cannot be oblivious to that reality.

But, as Judy Darcy, B.C.’s Minister of Mental Health and Addictions, said at the Opioid Symposium, decriminalization may not be an easy sell, but the time has come to have that “courageous conversation.”

The 2-day opioid symposium began in Toronto today, drawing a crowd protesting all levels of government involvement in the overdose epidemic. The federal Health Minister was street side, fielding questions from media and front line workers.