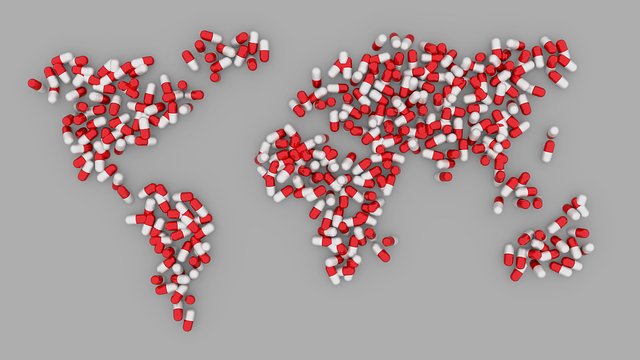 In the U.S. 115 people die from opioids every day. The number of opioid overdoses increased fivefold from 1999 to 2016.

While increased funding for resources like Narcan has helped—the opioid overdose-reversing drug now carried by emergency responders in cities throughout the country—changes to standard healthcare practices are still sorely needed.

Ashwin A Patkar, MD, medical director of the Duke Addictions Program, spoke to the Duke Center on Addiction and Behavior Change about how opioid addiction is treated.

The weaknesses of the current treatment standards first appear in diagnosis.

Heroin and cocaine are currently being contaminated by distributors with fentanyl, an opioid that is 25 to 50 times more potent than heroin and cheaper than either of these drugs.

Despite fentanyl’s prevalence in these street drugs, the standard form and interview for addiction patients does not include asking about or testing for the substance.

Patkar has found that 30 percent of opioid addiction patients have fentanyl in their urine and do not disclose it to the doctor.

Rather than resulting from the patients’ dishonesty, Patkar believes, in most cases, patients are taking fentanyl without knowing that the drugs they are taking are contaminated.

Because of its potency, fentanyl causes overdoses that may require more Narcan than a standard heroin overdose.

Understanding the prevalence of Narcan in patients is vital both for public health and educating patients so they can be adequately prepared.

Patkar also pointed out that, despite a lot of research supporting medication-assisted therapy, only 21% of addiction treatment facilities in the U.S. offer this type of treatment.

Instead, most facilities rely on detoxification, which has high rates of relapse (greater than 85 percent within a year after detox) and comes with its own drawbacks.

Detox lowers the patient’s tolerance to the drug, but care providers often neglect to tell the patients this, resulting in a rate of overdose that is three times higher than before detox.

Because retention rate is high and cost of production is low, methadone poses a strong financial incentive. However, methadone itself is addictive, and overdose is possible.

Patkar points to a resource developed by Julie Bruneau as a reference for the Canadian standard of care for opioid abuse disorder.

Rather than recommending detox or methadone as a first line of treatment, Bruneau and her team recommend buprenorphine, and naltrexone as a medication to support abstinence after treatment with buprenorphine.

Buprenorphine is a drug with a similar function as methadone, but with better and safer clinical outcomes.

Buprenorphine does not create the same euphoric effect as methadone, and rates of overdose are six times less than in those prescribed methadone.

In addition to prescribing the right medicine, clinicians need to encourage patients to stick with treatment longer.

Despite buprenorphine having good outcomes, patients who stop taking it after only 4 to 12 weeks, even with tapering directed by a doctor, exhibit only an 18 percent rate of successful abstinence.

Patkar closed his talk by reminding the audience that opioid addiction is a brain disease.

In order to see a real change in the number of people dying from opioids, we need to focus on treating addiction as a disease;

no one would question extended medication-based treatment of diseases like diabetes or heart disease, and the same should be said about addiction.

Healthcare providers have a responsibility to treat addiction based on available research and best practices, and patients with opioid addiction deserve a standard of care the same as anyone else.